As travel agents specializing in alaska,

We’ve experienced many Alaska Cruises and Shore Excursions & vacations over the years, and can answer all of your Alaska Cruising & land vacation related question with ease.

As travel agents specializing in alaska, we’ve experienced many Alaskan Cruises over the years, having done all the itineraries for Alaska at least once including: Vancouver to Seward or Whittier or vise versa; Round trip from Seattle and Round trip from Vancouver.

We know all the Secrets on all the ships: Port vs. Starboard, best places on ships for sight-seeing; best placement on ship – especially when choosing a balcony. 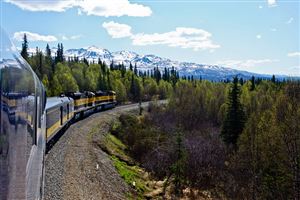 We’ve experienced many ports and shore adventures and can recommend options based on your ideal vacation. We specialize in groups with experience  in booking family reunions and incentive groups We are highly experienced travel agents and offer Personalized & Professional planning services.

We can book your entire package from flights, cruise, pre/ post stays. We can answer all of your Alaska Cruising related questions with ease while we help plan your next amazing Alaskan Cruise Holiday. Working with us will ensure you have a hassle-free experience of a lifetime!

Please check out our information below, then contact us today so we can help plan your next cruise vacation!

Major Sights And Ports of Call

When to take an Alaskan Cruise

With more coastline than all other U.S. states combined Alaska is a vast  and picturesque state that offers spectacular sections of that coastline can be seen and explored via cruise ship.
Prepare yourself to be awed by the majestic scenery, which ranges from lush coastal rainforests to massive glaciers that send newborn icebergs crashing into the sea. The wildlife is just as impressive: delight in watching a family of bears moving along the shore or watch a pod of whales surface in the water.

The grandeur of the scenery, a unique culture and magnificent wildlife maintain Alaska’s position as a top cruise destination!

Major Sights And Ports of Call:

When to take an Alaskan Cruise:

The Best time to take an Alaskan Cruise is between May and September.

The high season generally runs from June through August. The best time to go really depends on you, the traveller. During the months of June and July the weather is warm, however, it can be quite rainy. The further into the summer you travel, the more chances you’ll have to see wildlife during your various shore excursions. These month are also the best if you plan on going fishing.

May and September offer lower cost cruise fares with fewer people on board. However, these months also have a higher chance of cancelled shore excursions, primarily the helicopter and boat tours. The month of may is colder and dryer, especially the Inside Passage reagion.

September provides great end-of-season shopping, however, the gulf of Alaska is choppy and not recommended for those who get seasick. Denali National Park is also known to be closed due to snow.

Alaska Land Excusions
Consider taking a cruisetour If you want to explore what lies beyond the stunning coastline of Alaska. Cruisetours provide an excellent way to see and expereince more of this vast and picturesque state than possible from port calls and coastline cruising also. A cruisetour combines a cruise ship voyage with a land-based tour of Alaska’s interior!

These tours are a great way to experience Denali National Park or out-of-the ordinary destinations such as historic Dawson City in the Yukon Territory.